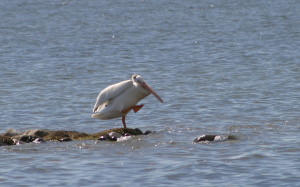 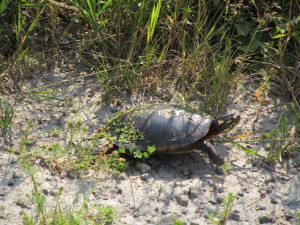 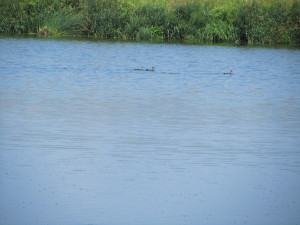 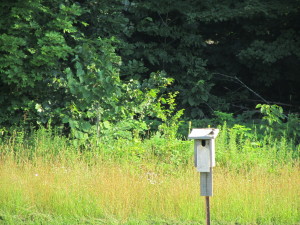 Just wanted to put it out there, that I’ve got a email sign up for my Blog, located just below the Heron photo on the right.

Have you ever wondered about birding in Ontario?
Well, I can tell you first-hand in a month or so.

What kinds of birds can you see there that you couldn’t see at all, or as easily, here in Alberta?
For some examples there are: American Black Duck, Chimney Swift, Black-and-white Warbler, Cerulean Warbler and Northern Cardinal.

I’m hoping to see at least two of the above, Chimney Swift and Cerulean Warbler and some  that I didn’t mention there like, Red-eyed Vireo and Red-breasted Grosbeak because where I’m going there’s a good chance of seeing them – and others.

Some of our friends have a cabin out on Lake Muskoka, which will get to stay in, and it has a kind of Provincial Island a little ways out. Unfortunately, you can’t set foot on it, but I guess it’s for the best for the birds/animals that live there.

Also, a cousin of our friends has 150 acres of tree full land which he has cut trails through and has said we can use it! (He’d also like to know what kinds of birds live there. My guess would be things ranging from Black-and-white Warblers and Cerulean Warblers to American Kestrels and Ovenbirds!)

It’s been two years since we were last in Ontario, so I can’t wait see what’s out there!  Further reports to come when I get back.

If you aren’t a song expert – and even if you are, you probably have some trouble with female and immature birds – many people are caught out by them. Also, in fall for some birds there is a period called an ” eclipse.” During this period, male birds cast off their flashy breeding plumage and come to look a lot like the females.

This female-like plumage is held very briefly by ducks and other birds in late summer and early fall, and is most noticeable in the males. Eclipse is really the basic or winter plumage, but is worn in summer by most ducks, except the Ruddy Duck which wears eclipse to late winter. Most ducks acquire breeding plumage in the fall, six or seven months before other birds.

I was caught off guard once, (before I learned of eclipses) by what looked like a half-male half-female wood duck – which turned out to be a male in eclipse.

For somebody who didn’t know much about females and immatures, they could have serious problems in the late summer and  fall, because in the spring they say: “Why look at a brownish female Yellow-rumped Warbler when you can instead look at the obvious, snazzy male singing away in that that tree?”

An understanding of molting patterns can be a useful aid in identifying many species and in determining their age. Birds need to molt their feathers at certain intervals in order to preserve the  structure needed in flight. Molting also can change a bird’s plumage, such as changing from breeding to winter. Very large birds, such as eagles and pelicans, can have complex, irregular molts that last for months.  Most birds, however, have regular, predictable molts that occur usually over a few weeks during a period when they are not nesting or migrating.

For those who are interested in learning more about molting, Molt in North American birds by Steve N. G. Howell explains it in four strategies: simple basic, complex basic, simple alternate, and complex alternate.

So get those females and immatures learnt in spring, so that later you’re ready.

In later posts on this subject, I will continue with more on molting and eclipse plumage, and look at some other examples.

Over the years, I’ve had a number of nests in and around my yard. For all my life, American Robins have nested on & off under the deck of my house, last year a pair of Black-billed Magpies nested in a nearby tree (which was later cut down as a new house was built) and three years ago I put up a nest box which, for two years uninhabited, now has a pair of Mountain Chickadees nesting in it.

Mountain Chickadees, Black-billed Magpies, American Robins – all birds mentioned in this story:  The other day, a Magpie was “inspecting the Chickadees’ home”. Why was it there? Magpies are known to be great egg stealers! What would happen to our Chickadees and their family? Holy heart failure, Batman!  Would no one rescue the chicks?

Suddenly, as if out of nowhere, Robin appeared. Stooping in like a falcon…or maybe a bat…Robin smashed at speed into the Magpie, knocking it away from the nestbox, and saving the Chickadees. Holy avian rescue, Batman!

A friend of mine once had a pet Magpie and one time with the Magpie on his shoulder, a Robin came and smashed into his head! (aiming for the Magpie).

If you’ve had a similar experience, I would love to hear about it.