On the Tenth day of Christmas, Cliff gave to me:

The reason that I didn’t post earlier, is that I have done two birdcounts this year.

The first was the Banff-Canmore Birdcount on the fourteenth of December. This one I did with my dad and our friends Donna and Doug. We covered the Cascade Ponds to Lower Bankhead – a large territory. But even such a large area didn’t provide much. We got a lot of squirrels though! Here’s a full list – with numbers – of what we saw:

Afterwards, there was the count potluck, a large meal where we talk, eat and report our counts to the count organisers. Every year, one of the members (who is a brilliant photographer) gives out two of his photos to two lucky counters. This year, we got first pick! A photo of the photo we got is shown below. 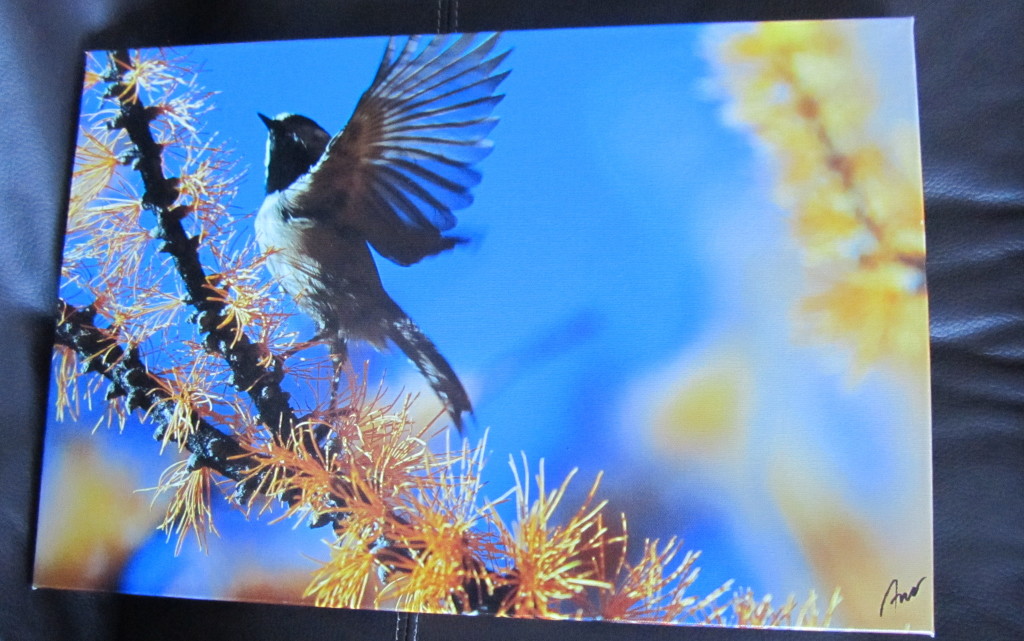 And the second – the Bowkan Birdcount – was yesterday. It was much colder than the first, but we saw more species! This one I have done for five years now and am quite familiar with the places and people who do it. There was however a new counter who had just heard of the count. He turned out to be a really good spotter, catching quite a few birds we missed. You will probably notice that the type of birds is not so different from the Banff Birdcount, chickadees, nuthatches and corvidae – the only thing that’s really different is the Woodpeckers and the pair of Mallards we saw with the Bowkan group. Here’s the second list – again with numbers.

The difference between the Banff potluck and the Bowkan potluck is that Banff’s is held at the seniors’ center and the Bowkan birders’ is hosted by a different person each time. This year, it was held at Mary’s house, which is pretty close to mine! I’m hoping to add a photo of our group soon.