After eight, we started seeing other people around the course. That didn’t bother us too much, as we were mostly staying away from the holes, and doing pretty well there anyways (read the first post in this series of two here). We found a nice little creek containing Red-eyed Vireos, Warbling Vireos, and 3 Cape May Warblers.

They flew in a large circle around us, pausing occasionally in a tree, so we could get some photos. 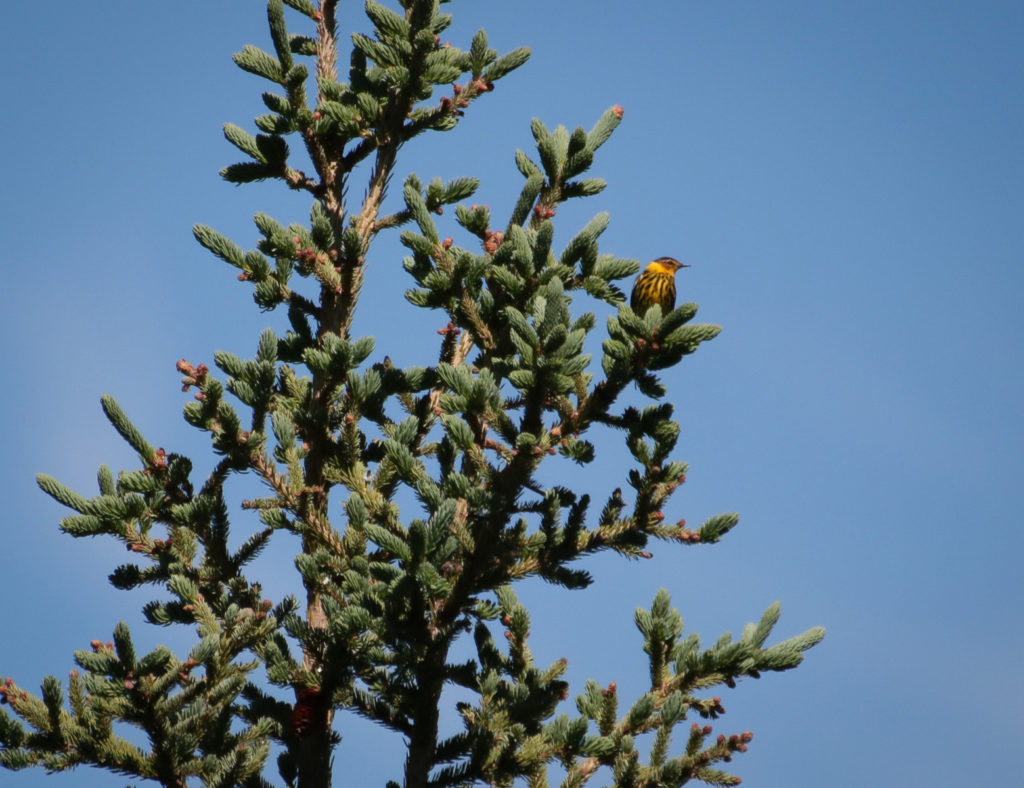 Going closer to the green, we saw an American Goldfinch, and heard a Lincoln’s Sparrow in a cluster of bushes and trees near hole 11.

A Tennessee Warbler sang from on top of a tree close by.

Almost back at the entrance, an Osprey flew by too quickly for a photo. In the pond that we had first seen, a couple of Red-winged Blackbirds were singing nicely

The other group appeared, and since birders are never competitive, we checked our numbers. 49 species was quite good, until we realised that they had 50. Considering everything, it wasn’t that bad of a result. the full list of species (including the drive home) is here. Thanks for reading my posts!

One thought on “Certifying a Golf Course at 8:00 AM”