Elizabeth Lake in Cranbrook, which had proved to be a great place the year before turned out to be half-frozen! However, the birds in the open parts were plentiful, and I must say that the Red-winged Blackbirds and Song Sparrows were rather loud. As we drove into the parking lot, I thought I saw a pair of ducks sitting on a log. When the car was parked, I leapt out and walked to the place were I’d seen them. There was nothing there, but a ripple declared a presence. Determined to find out what these birds were, I raced back to an open patch where you could see through the bushes, just in time to see a pair of birds swim past – Hooded Mergansers! The next birds turned out to be a couple of Song Sparrows, singing in a nearby tree.

As we began walking down the trail, a Canada Goose flew over our heads, changing a species – it made a Sparrow “duck”! 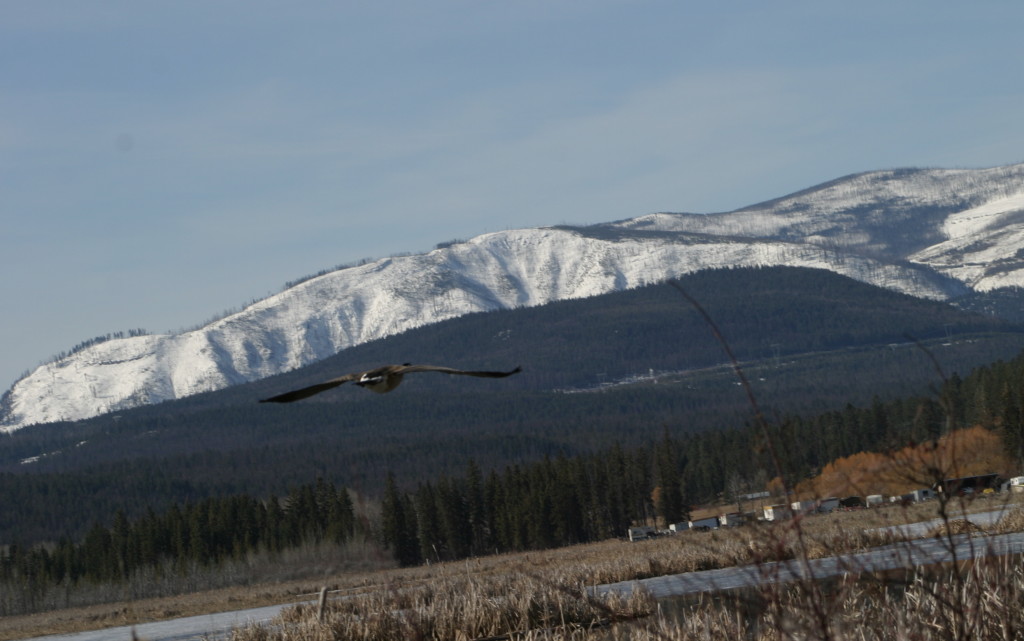 As we turned a bend, I gasped seeing the path ahead of me. It was flooded out!

Birding was not made impossible though, as we could still see a variety of birds – Tree Swallows, Red-winged Blackbirds, Killdeer and a Bald Eagle!

Near to the end of the trail, a Northern Flicker sat on a sign, drilling its bill into the wooden top. 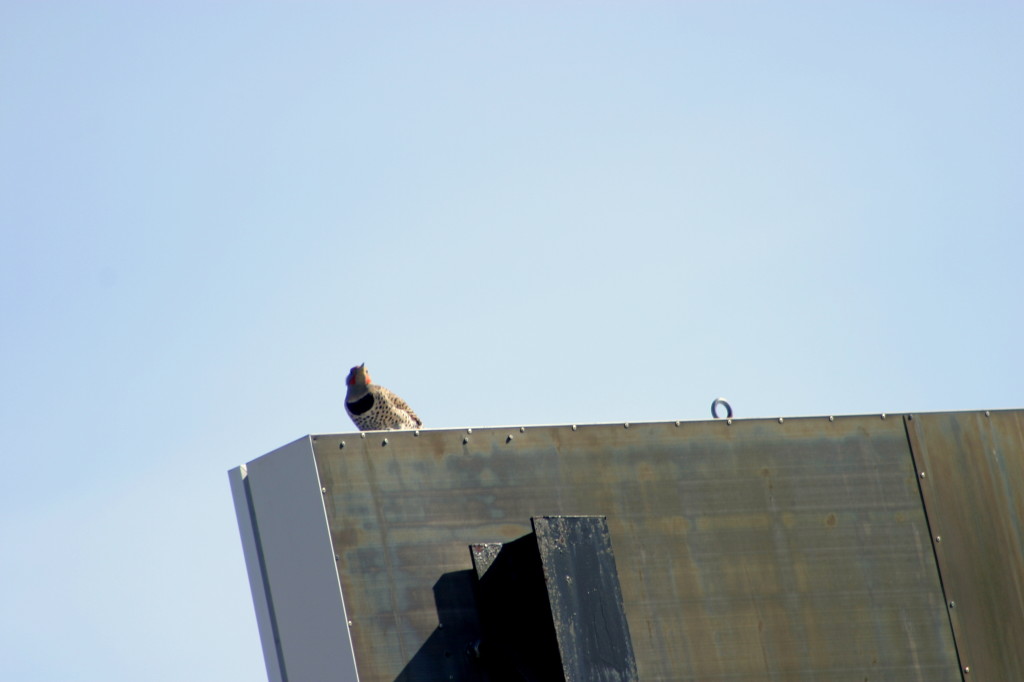 On the drive back, we complemented our good fortune of seeing two Golden Eagles and one Bald Eagle by staying a while in Cranbrook to explore. Our luck really was coming in bundles that day, because we found a small heronry by a river loaded with Violet-green Swallows. At one point, I saw more than 15 swallows in a square five feet!

The next day, we took the small drive from Kimberley to a campsite we know to be rich in bird life from previous visits. It was closed, but we could go in to the hiking trail by the river. On the way, a once well-known – but now forgotten – call stopped us in our tracks. After a long search, my Dad grinned – they were Golden-crowned Kinglets, right above my head! Further on, we came to the river. Scanning the area, I gasped – they couldn’t be! Black-headed Gulls! Upon closer inspection, they turned out to be Common Merganser males, their black head (it’s green, but if the sun catches it wrong it can appear to be black) on white bodies being all we could see from that distance.

Stay tuned for the final part in “A Trip To Kimberley, BC”!