We were going out to Drumheller for the Saturday. I knew what this meant. No more than fifteen minutes out of our way was Langdon Corner Slough. I had been preparing all week – for what? For the first time ever, an Arctic Tern was nesting in Alberta, and we were going to see it.

I know Langdon Corner Slough pretty well, and I knew that the tern was nesting on an island a good distance out, too far for our cameras too do much good. That was why I had my Uncle’s gleaming fixed 400 ml. lens beside me with two extenders. The extenders would slow down the shutter speed by a stop or two depending on which one we used, but it would give us the extra distance I needed to get a half-decent shot.

I found it almost immediatly, but could not get a good photo because of the distance and heavy camera. Through my scope, we found also the two hybrid Common/Arctic immatures, but they were hidden by the long grass. Here is a Common feeding its baby (not a hybrid).

The terns were active quite a bit, and the one time that the Arctic flew and I caught it, it was out of focus. Here is the shot. The Arctic is in the bottom left corner. 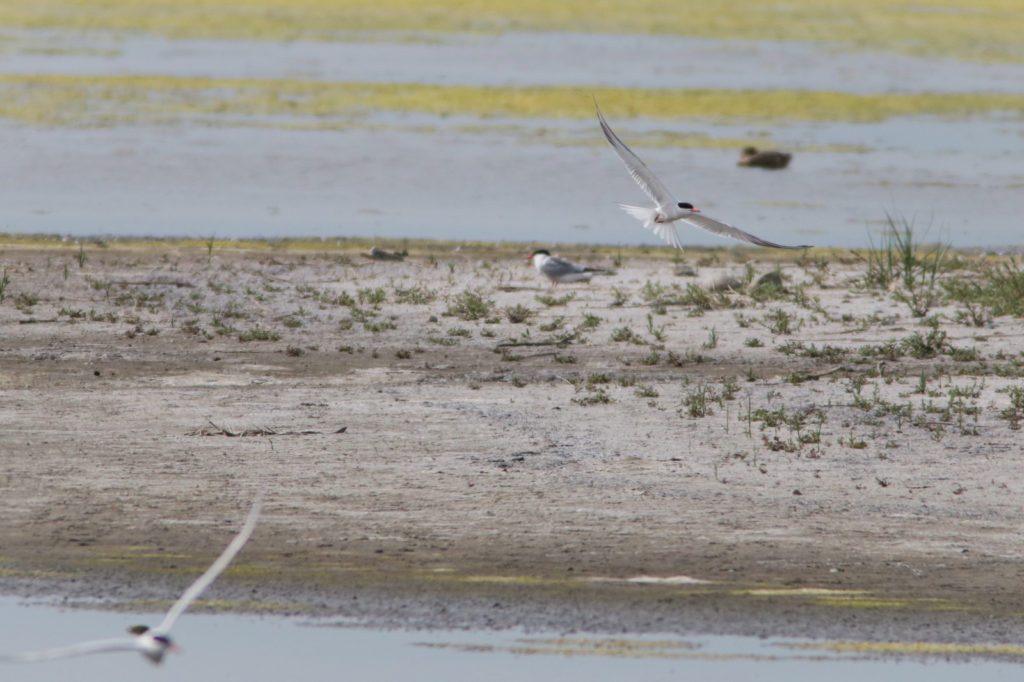 In one corner of the Slough, we saw a large number of Marbled Godwit. I haven’t really looked for one, so if anyone sees a Hudsonian in there, please let me know.

That was it for Langdon, but there will always be Upland Sandpipers on the way out East.

I also got a nice photo of the all too common White-crowned Sparrow. If your ebird checklist doesn’t have one here, you’re cheating.