Sparrows are one of those families of birds where most of the species are very similar, and not all are easy to ID when in the field. There are about 35 species of sparrow in North America. These birds, commonly known as Little Brown Jobs, or LBJs, can be seen in almost every, if not every habitat across Canada. The most common in my area are Song Sparrow, House Sparrow, Chipping Sparrow, Savannah Sparrow, White-crowned Sparrow and Lincoln’s Sparrow.

Though many other species are around, these are the ones most commonly seen – here. Not everywhere has the same selection. In fact, the sparrow variety varies greatly. Sparrows that are extreme rarities in one place are the most common bird in another. At first glance, most sparrows are small, brown birds that live  everywhere and chirp lustily all the time. Right?
Look closer.

Size is generally similar, but a few (such as the Grasshopper Sparrow) stand out by being either bigger or smaller. Breast colour, streaking and spots range across all of the options available, while bill colours and eye rings/colour simply add confusion to the mix. So how do you tell them apart?

Start with the breast patterns. I will mention only a few of the common species across Canada, not including the House Sparrow.

Clay-coloured Sparrows have a flat, for lack of better words, creamy-clay breast. Pretty much only Chipping Sparrows can compare to the streak-less, spotless breast of the Clay-coloured.

Savannah Sparrows are closest to Song and Vesper Sparrows. For a front view, Song Sparrows have extremely heavy, dark streaking with an unusual “blurry” quality. The streaks on a Song’s breast are lumped together and blotchy. Compared to a Savannah, it should be easy to compare and contrast the two, but variation in the field makes it difficult. Watch for the Song’s darker overall colour and its longer tail.

Vesper Sparrows, also have darker streaking, although it is a lot finer than the Song’s. It is, however very similar to the Savannah, and the best differentiating tip-offs are the Savannah’s yellow head stripe and creamy breast where the Vesper has an plainer head colouration head and white breast background. 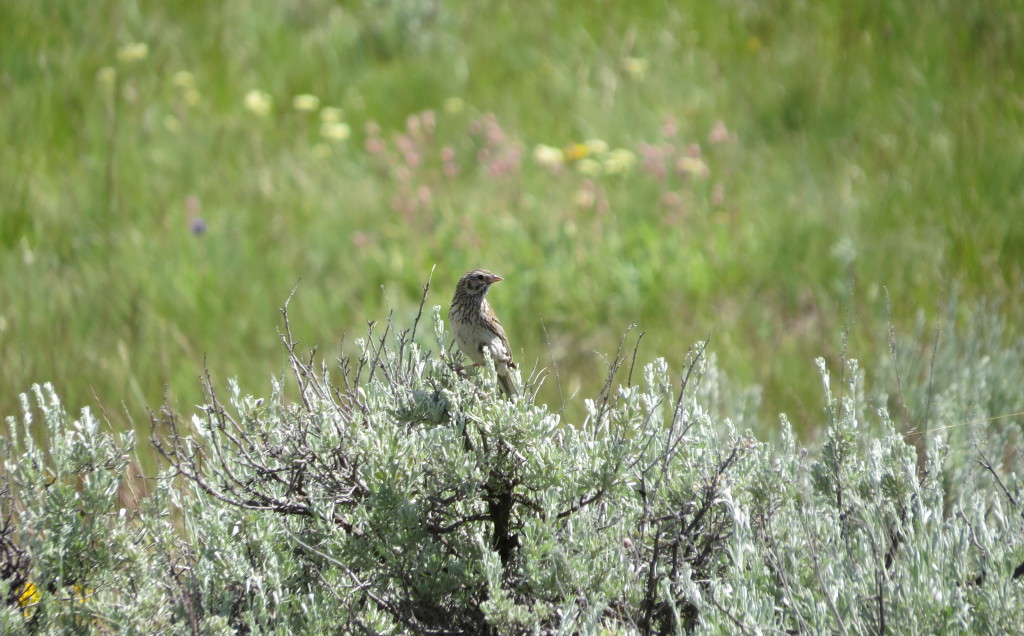 Stay tuned for more info on your spring sparrows!

Last post, I asked you what was more important – field guide, camera or notebook. The majority voted field guide, so that is what this post is on.

Field guides, or bird books, have detailed drawings of the birds that you are likely to find in your area, as well as information on habits, songs and range. The information on range is often shown in a map, but also mentioned in the text.

Songs are given words, such as this:

Now, though, there are also apps to put on small, handheld devices (Ipods, smartphones, etc.) which have both drawings and photos of the bird, but also the recorded song.

My personal favorite is Nat. Geo.’s Field Guide to the Birds of North America, edited by Jon L. Dunn and Jonathon Alderfer. I especially like the precise illustrations and the thumb tabs. The next post in this series will be information on Cameras.

Here is the first post in the series: What Does a Birder Need?

Let’s start with the easy one. When you’re looking at a bird that you can’t quite see the distinguishing factors on, what do you use? A spotting scope, or more often, binoculars.
Binoculars magnify what you’re seeing at different levels, depending on what focus they’re set on. Most birders use binos because they’re light and hang around your neck nicely. Scopes, on the other hand, have far more powerful magnification, but as a result are large, heavy and sometimes even awkward. More serious birders use scopes as well as binoculars because different tools are useful at different times. For example, if you go out on a hike with lots of trees and many Warblers, Finches, Sparows, etc. you aren’t going to use your scope.  But, at a big, spreading lake, the scope will come in handy, using it’s higher magnification power to help you ID that Dunlin, while the binoculars won’t be as much use. 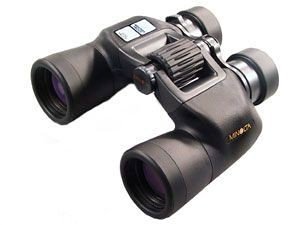 The #2 most important thing is actually a three way tie between camera, notebook and birdbook. Tell me your thoughts in the comments for the next post.

Is The Camera, The Notebook, Or The Birdbook
The Second Most Important Thing A Birder Can Have?

[Update: Here is the second post. Thanks for reading!]