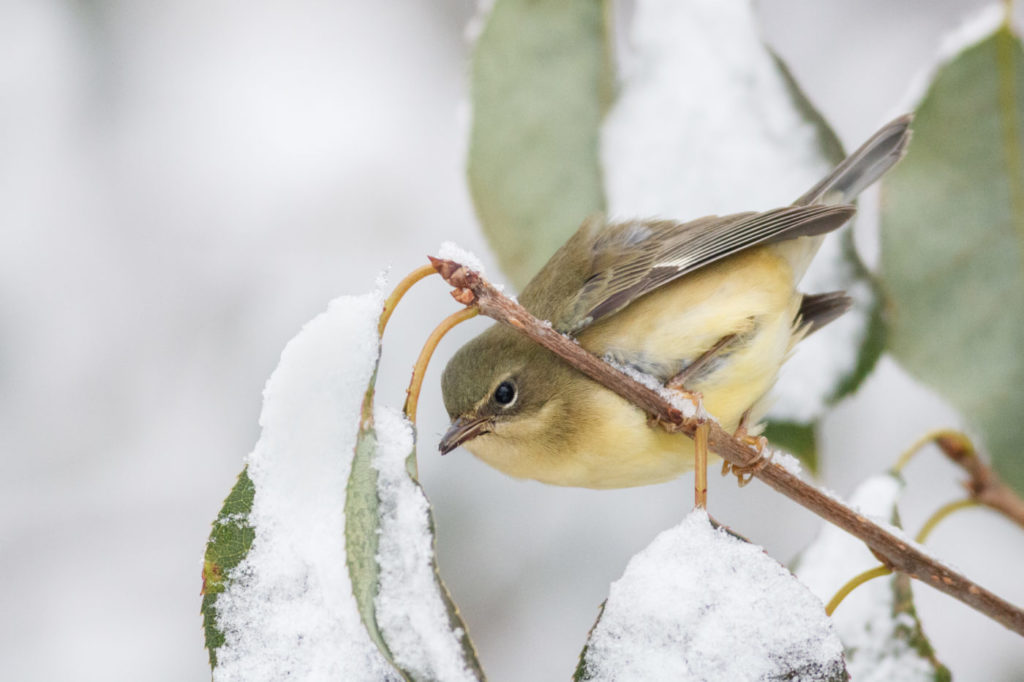 I’ve just returned from a ten day trip down south to Colorado. While we had little time for birding, it was a successful trip in several respects, as we found four lifers and saw some excellent seconds.

Colorado is very similar to Alberta, with mountains, prairies and coniferous forests supporting much the same type of bird life. This said, it’s southern aspects means that certain species such as Chats, some Warblers, and one or two others can be found which don’t make it up to Alberta.

During the drive down, we were in convoys with relatives from Calgary and so made almost no birding stops, but while driving through Montana and Wyoming, Lark Buntings, Horned Larks and raptors were prominent and easily identifiable.

The raptors were mostly Red-tailed and Swainson’s Hawks, but a few Ferruginous and Golden Eagles showed up.

Once in Denver, we were mostly tied up with family things, but managed to make a lunch time trip to Cherry Creek State Park, where we saw Yellow-breasted Chats and Snowy Egrets among other things.

The next day, we made a trip out to Mt. Evans – a scenic viewpoint I’d suggested, admittedly with an ulterior motive. Mt. Evans is probably the easiest spot in the state to find the elusive Brown-capped Rosy-Finch, and it was one of my top targets for the trip. Close to the summit, my wish was granted as a Rosy-Finch flew over, singing. We would later see several more, each as it whizzed by, not stopping and too fast for a photo. What did stick around, and surprisingly tamely, were the American Pipits. When these alpine birds pass through Canmore, they stay on the creek rocks and are quite skittish, but these individuals were much more accepting of viewers.

Returning to Denver from Mt. Evans, we pulled over at a Lodge and found four species of Hummingbirds frequenting the four feeders – Rufous and Calliope we were familiar with, Black-chinned had recently been the subject of a two day trip to Crowsnest Pass, but Broad-tailed was only a second sighting for me.

After that, it was two days before we could get out again, but once we did get out it was an excellent morning doing the DIA Owl loop – though the only owl we saw was a terrible view!

The first stop we made as part of this drive was at Barr Lake State Park, where we spent a fruitful two hours finding second-ever Blue Grosbeak, the farthest North Great-tailed Grackle I’ve ever found, and, eventually, nesting Barn Owls! As I mentioned, however, our views weren’t great. A solitary Owl moving inside the box did not even bother to poke it’s head out as we walked by. We were also treated to Lark and Grasshopper Sparrows, neither of which are regular birds for us and dozens of Cormorants and Pelicans.

Shortly afterwards, the Rocky Mountain Arsenal National Wildlife Refuge turned up White-winged Dove (which had been a lifer in April), but not much else, as we bombed on Burrowing Owls for the 5th time in a month.

This was also our last birding excursion before the return drive to Alberta, which was easily the best birding of the entire trip. We began by finding one of the top birds of the year, and lifer number three for the trip, in the form of a family of Mountain Plovers! Contrary to what their name might suggest, Mountain Plovers are not habitually found in mountainous habitat, but in the prairies. Unfortunately these sandy shorebirds were too far out for photos of any quality. END_OF_DOCUMENT_TOKEN_TO_BE_REPLACED

This past week, two other Canmore birders and I headed down to the Crowsnest Pass in search of two rare birds which were being seen consistently at feeders near the town. We also made a “quick” (3 hour) stop at the Bob Creek Wildland, a hotspot which had a great range of habitat and thus bird species.

The first of our two target species was a female Black-chinned Hummingbird, something which we certainly won’t be getting up in the North of the county, and even in Crowsnest Pass is a rare sighting. We pulled up at the location, and were surprised by the sheer number of hummers flying around, displaying, and coming in to feed on the two feeders.

It didn’t take long for the Black-chinned to show, but she only stopped for a second before vanishing again. We stuck it out for another hour or two before finally being treated to a second, barely longer, appearance.

During this time, we were also treated to looks at our second target, the Black-headed Grosbeak, but I failed to get any decent photos.

The next day, we ventured out to Bob Creek, and found it to be one of the best places we’ve birded in Banff County. The eBird hotspot boasted only 86 species (107 by the time we were done with it), but we racked up 56 species on a rainy morning in late June including Banff County rarities such as Black-headed Grosbeak, Willet and Upland Sandpiper!

These extreme rarities for the county were, to all appearances, breeding in this diverse Wildland! My personal Banff county list rose by 7 species over the course of the trip – it’s likely the final time that I’ll have such a productive trip in the county. With the addition of (in chronological order) Franklin’s Gull, Black-chinned Hummingbird, Black-headed Grosbeak, Veery, Black Tern, Willet, and Upland Sandpiper, I’ve risen to 248 species in the county, and 299 for Alberta. Looking forward to the 300th!

It seems that there are still some interesting birds around Canmore – I photographed this Magnolia Warbler as well as a Yellow-bellied Flycatcher and some American Redstarts on Policemans Creek this week. 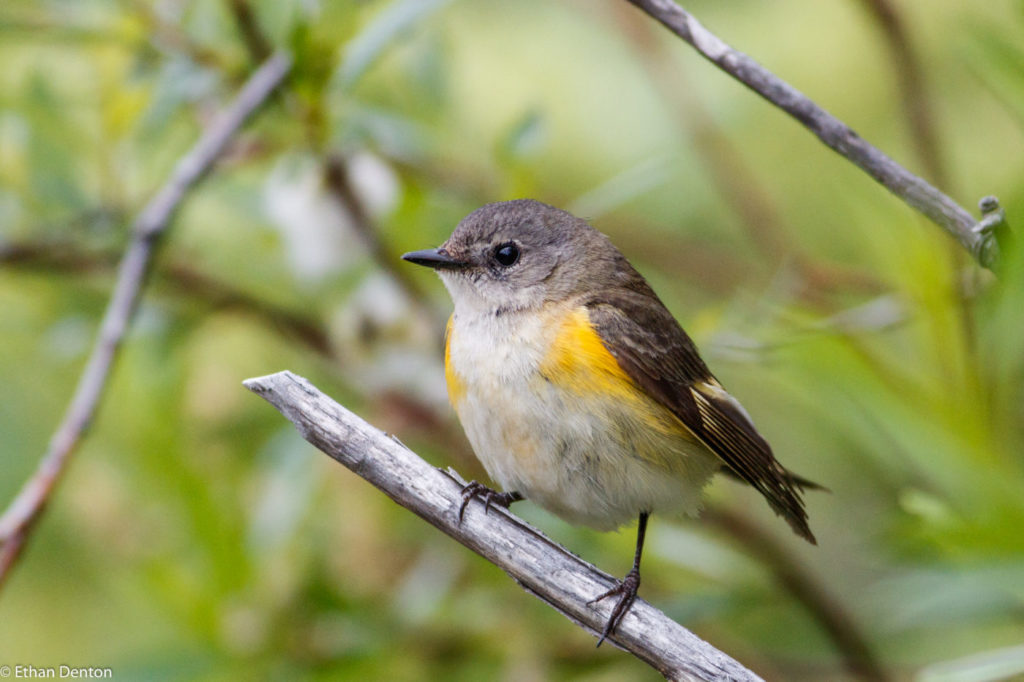 A male Cinnamon Teal, an infrequent visitor to Canmore, on Policeman’s Creek.

A couple of days ago, we hiked half way up a nearby mountain to where the Dusky Grouse were breeding. Dusky Grouse has been a species that we never really made the effort for before, and so we’d never seen one until now. They weren’t difficult to find, this bird in particular arrowing straight towards me before changing its mind and turning down the trail.