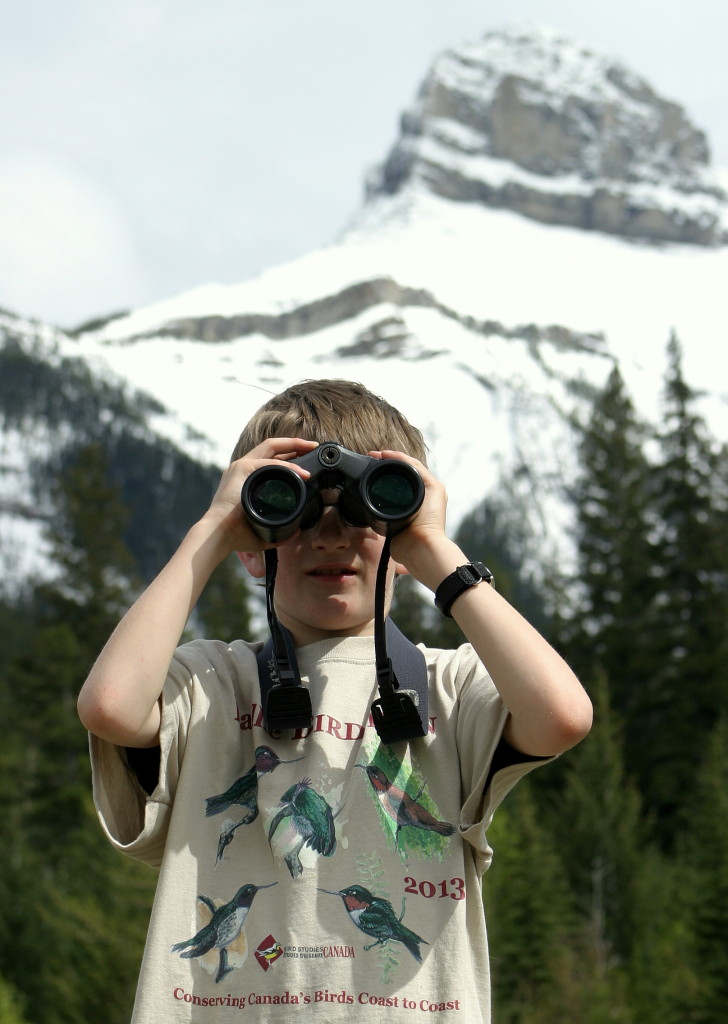 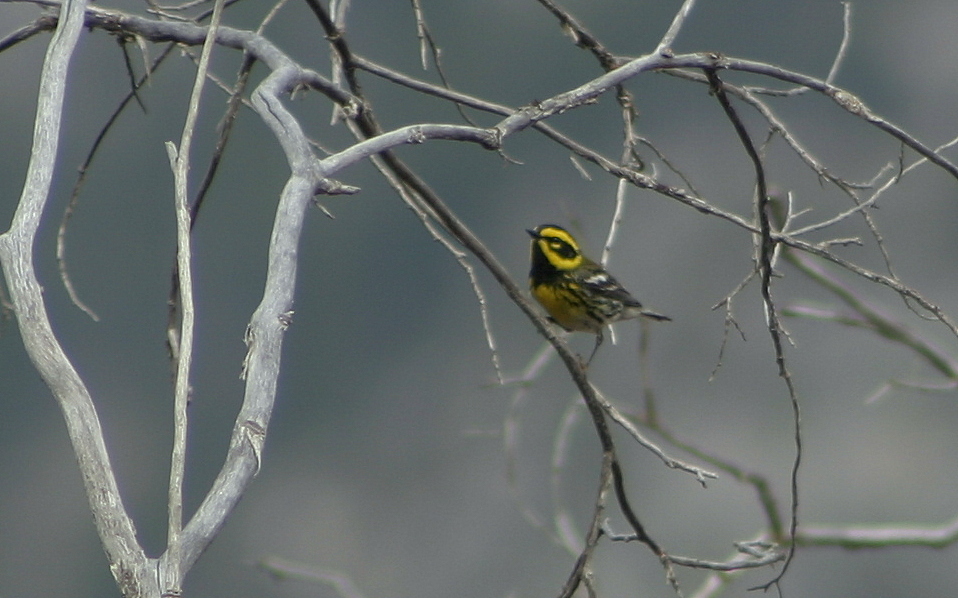 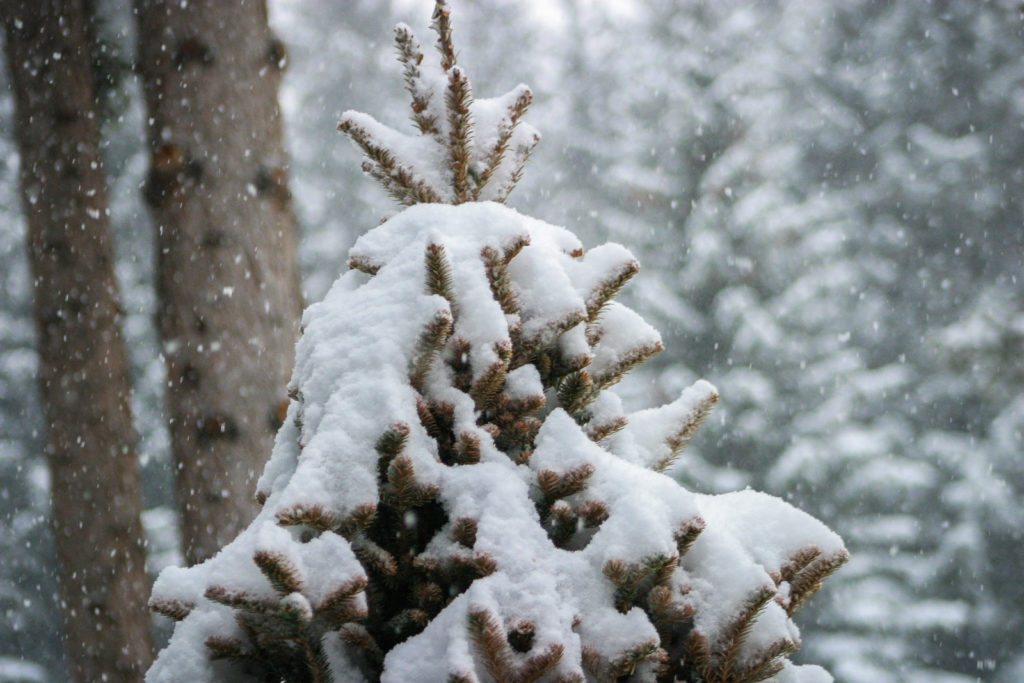 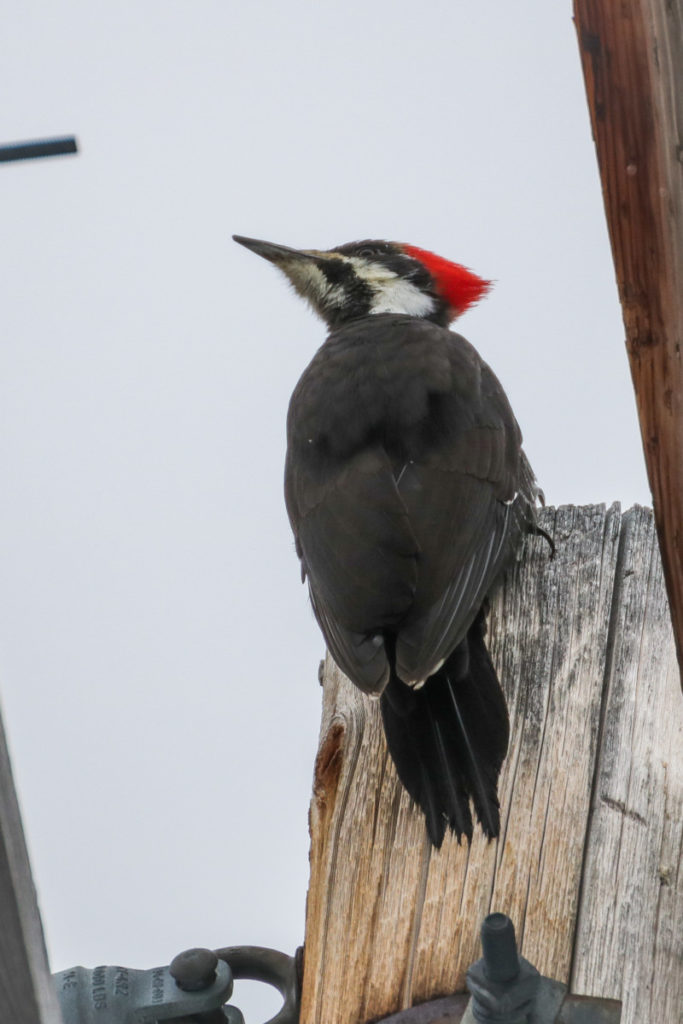 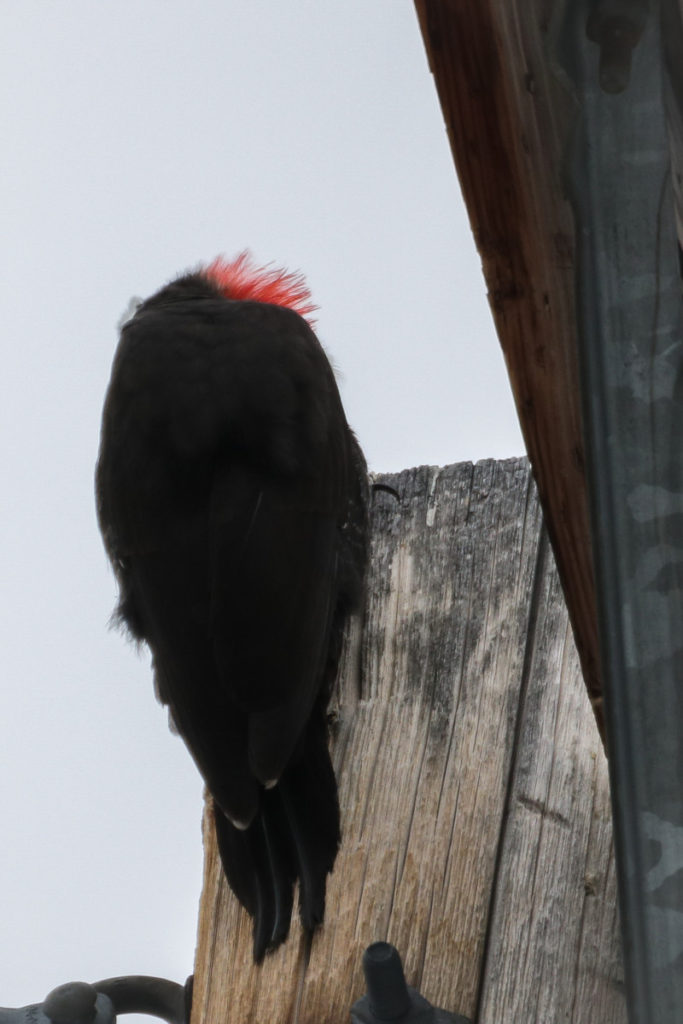 Well, another Christmas Bird Count has come and gone, this one leaving us with much to
ponder.

Four weeks before the day, the weather forecast was for -12 to -13. Great, I thought. The warmest count in quite a while! Two weeks before the day, it was calling for -15 to -20. That’s OK, about average weather. The day before the count, I was sending out a weather warning to my counters. It will be -29, with windchill -45. Dress warmly! Don’t start at dawn! And please, please don’t get frostbite!

Yes, it was the coldest count since 1966, and it did not look promising, especially for people with Reynolds Syndrome. Despite the weather, we only had one group pull out, and still ended up with the largest number of participants for our count since we started. Too bad we also had the lowest number of species since then.

This is going to be mostly writing, as I did not fancy carrying the four hundred ml camera around in the cold. A friend of ours, though, is never without his camera, and he had attached some heat packs to the body with duck tape. Talk about dedication! I’ll include some of his shots here. This one is mine, though.

It was so cold, that on last Tuesday, I found the body of a Black-billed Magpie lying prone on a branch, frozen to death. I didn’t take a photo, though. On the count, the 17th, I did a section of a partition before returning to collect results at my house. Tallies were small, as birds were hiding from the cold, but we found some rather lost sparrows, including a Song and a White-crowned Sparrow in Canmore, with two more Songs and a White-throated Sparrow in Banff.

We almost cracked the individual numbers record for Common Ravens, with 319, but overall numbers were down. Total species were 7 short of the long term average of 43 species, not including count week birds, which was joint lowest ever. Woodpeckers were in short supply, as we did not find a single Flicker or Pileated during the entire week, leaving us with only three species.

The winter finches were down from their explosive numbers last year, but that is understandable, considering how irruptive they are. Ten Pine Grosbeaks, 11 Common Redpolls and nothing else was still slightly surprising. There were also only 41 Bohemian Waxwings on the count, spread out into small flocks. Small birds held to their averages, some of them slipping a bit, but nothing special.

Jays were down slightly, with only one Stellar’s and 7 Blue. Grey Jays added up to a good total of 26. Perhaps the biggest surprise was that Canmore record no Ruffed Grouse, and Banff only one.

Still, the participants were good, with plenty of new faces, and many of the missing numbers can attributed to the cold. The full list is here. I hope to see many new people next year as well, and hopefully some more birds!

I held the first ever CBC4Kids in the Bow Valley today, December 10th. As it was the first time, cold, (-17), and snowing, we did not expect many kids, or birds. However, four children came out for a nice hour, and enjoyed excellent views of Mallards, Ravens and a Bald Eagle fly-by.

We also saw 6 Common Redpolls, some Magpies and, of course, Rock Doves. Even thought the Redpolls were the stars for me, three young kids sat down on the ice and watched for a while as 70 Mallards swam around in front of them.

We kept it short, only an hour, then headed back to Elevation Place for cookies and hot chocolate, graciously provided by local places Le Chocolatier and JK Bakery. Outside Elevation Place, two white rabbits crouched in the snow.

All in all, it went well, with a species list of 7 and an individual count of 115 birds. Although it has started small, the CBC for Kids in the Bow Valley promises to grow, and I hope that it will become a regular, respectable event. 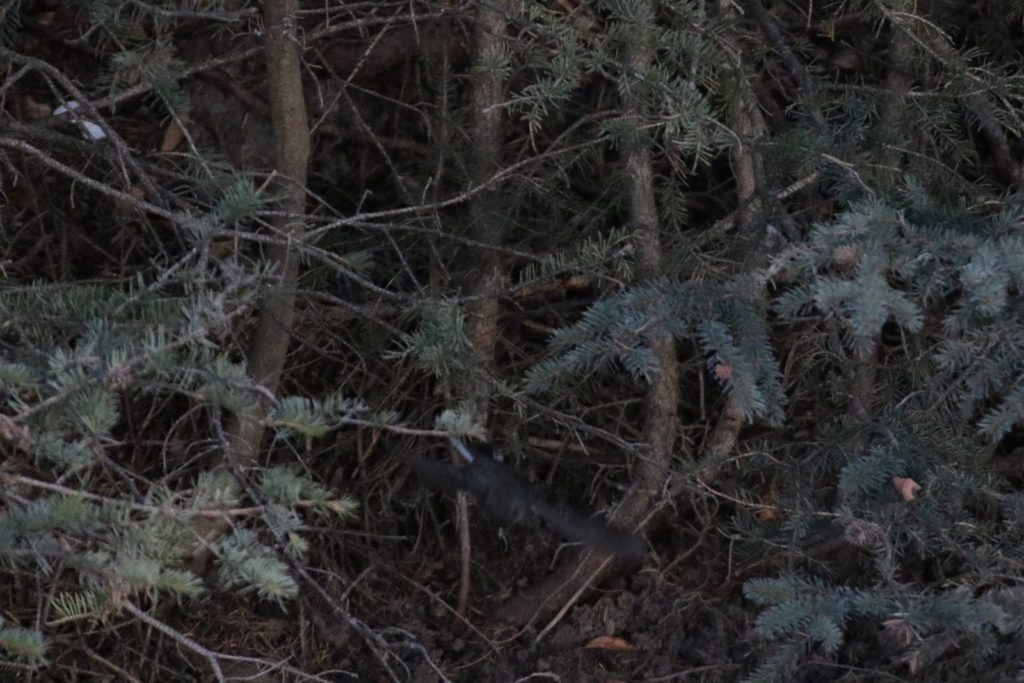 This one is slightly easier than last week’s Long-tailed Duck. Congrats to Andrea for getting that one right.

Other What Bird Wednesdays:

It may or may not be news to you, but for the past while, Canada has been searching for a national bird. Starting with forty contestants, then narrowing down to 5, it has been an intense period of voting on exactly which species to choose.

The decision to have a national bird is (another) way of celebrating Canada’s 150th anniversary, which is fast approaching. In the end, the five finalists were voted on by the public, but the winner was decided by a committee with members from the Royal Canadian Geographic Society.

At the end of the voting period, the Common Loon had the most votes, followed by the Snowy Owl, and then the Grey Jay. The other two contestants were the Canada Goose, and the Black-capped Chickadee.

Unfortunately for the owl, loon and chickadee, they had all been claimed already as provincial birds. The Snowy Owl in Quebec, the Common Loon in Ontario, and the Black-capped Chickadee in New Brunswick. This, according to the deciding committee, ruled them out.

That left the Canada Goose and the Grey Jay.  The Jay has a lot going for it in that battle.
The Canada Goose is despised in many places, by many people. It is considered a pest; it eats crops, spoils public parks, and, to top that off, has a renowned bad temper. Is this the bird that Canadians want representing them? Frankly, it goes against the current public view of us as a kind, gentle group of people who couldn’t be temperamental if we tried. That is a bit of an exaggeration, but it conveys the general idea.

The Grey Jay, on the other hand, is a hardy little songbird, braving the north cold, and storing and remembering vast numbers of caches. It comes across as cute, intelligent and yet still tough, perching on your hand to take a seed while its mate devours a vole, or insect. Oh, and it was called the Canada Jay for over two hundred years.

Although I personally would have chosen the Pine Grosbeak, I believe that the Grey Jay, or Whiskey Jack, is the best choice out of the five contestants. Tell me what you think in the comments!

One of a record 4 American Dippers on my local creek.