Is the Ivory-billed Woodpecker extinct? David Sibley thinks so. Roger Tory Peterson didn’t. I don’t, either. Typical me, going against the biggest, best field guide out there.

-The Ivory-billed lives in old forests, with swampy undergrowth.
-The male looks very similar to a male Pileated, but it has more white on the back and wings.
-The female is the same but with a black crest.
-Both sexes weigh in at around 500 grams.
-It eats insects, fruit and nuts.
-Last confirmed report, supposedly in 2003, but there have been unconfirmed sightings since. 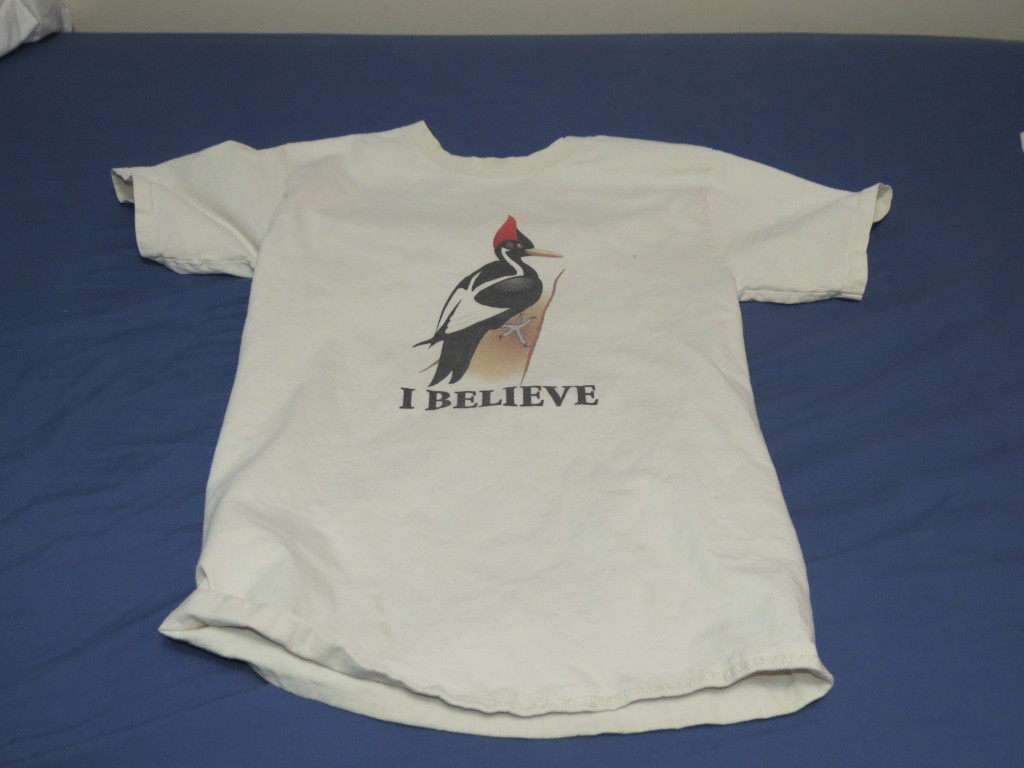 So what do you think is the answer? Cast your vote in the comments.