The last few times I’ve been out on a trip specifically for birding, and even when I’m walking to school and around the neighbourhood, I’ve been noticing that the small number of sparrows from the winter has almost sextupled in size. The reasons? One is that the sparrows that migrate here are starting to arrive, and the second is a sudden, cold snow storm that forced migrating birds to stop and take shelter wherever they are. Usually you can expect to see about three sparrow speicies here in May, but by now I’ve seen about six (including Dark-eyed Junco).

The juncos had been here pretty much all year, so the first back were the White-throated Sparrows, their loud, clear voices breaking the silence. Second came the Song Sparrows, swamping all the inhabitable sparrow habitats. And then the White-crowned Sparrows returned in force, only days before the first Savanah Sparrows arrived.

Coming in fifth, Chipping Sparrows scattered across the mountains in small groups, immediately after the Lincoln’s Sparrows appeared. And last – but not least – were the American Tree Sparrows.

But the sparrows are not all. Many others have been forced down by the storm.
On Monday, I went for a walk with my Mum, and afterwards with my friend Oscar.
On both ocasions we saw a Western Tanager, but when I went with Oscar, we saw two! Both birds were males in full breeding plumage, and they are amazing colors! For those who have not seen a male tanager, the picture can not even come close to describing its brilliance. 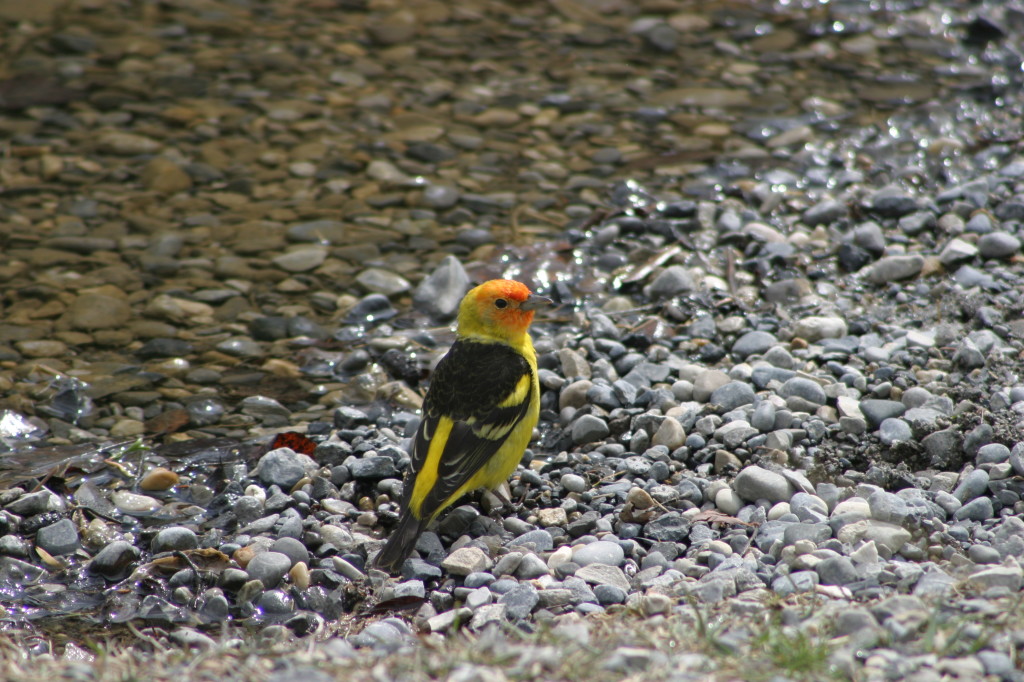 Ruby-crowned Kinglets are so numerous this year that I can hardly take two steps down a creek trail without seeing one or two. Although we failed to catch one with its crest open, they came close enough for many good photos.

As this is a multiple post series, I will be posting more on this – so don’t think I’m finished yet!

4 thoughts on “The Birds are Back!”